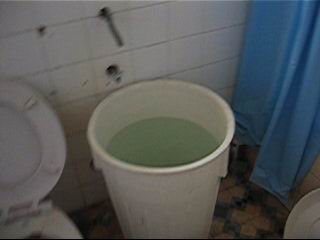 Mozambique is our neighboring country, a fourteen hour drive from the house I grew up in Johannesburg, South Africa. The difference between these two countries is huge. Twelve days in the town of Manica highlighted these differences.

The most obvious is in language, Portuguese and Shauna are the languages spoken in Mozambique – apart from the ‘hellos and goodbyes’ I can’t understand a single word. Fortunately some dialogue is caught without words, a smile or a frown, a cry or a grimace – these I could understand. In addition to the greetings and body language we had Schalk – who understands Portuguese and served as the designated translator. We trusted him to communicate with the locals on our behalf. Every now and then we would venture to construct my own phrases, almost always greeted by thunderous laughter.

Toilets are another difference. This might seem like a superficial and trivial matter to some. Yet, think of the last few times you went to the white throne – maybe you even read some literature while sitting on the bin. Mozambique was a Portuguese colony, and as such oppressed the local people, squeezing them into their mold, misusing and abusing them. One fine day the country achieved independence, the Portuguese were forced out of the country – they were given twenty four hours to leave.

In spite they mixed cement and threw it down most sewage systems in the country – debilitating the basic hygiene of most cities (they destroyed as much as possible before leaving). Today most toilets consist of a pit with a hole as its entrance. Most of them are shaped like a keyhole, a keyhole unlocking the worst things imaginable. These pits developed into multi-sensory hell holes. The worst smells you’ve ever experienced are produced in the darkness of these toilets. Schalk has a toilet seat, pictured above – although you have to flush your crap away manually.

These toilets are reminiscent of the picture of hell used in the Bible. Gehenna was the name for the cesspool of sewage and rubble dumped by the people of Jerusalem in the valley below the city. Hell is a crappy place to be, Mozambique toilets too.